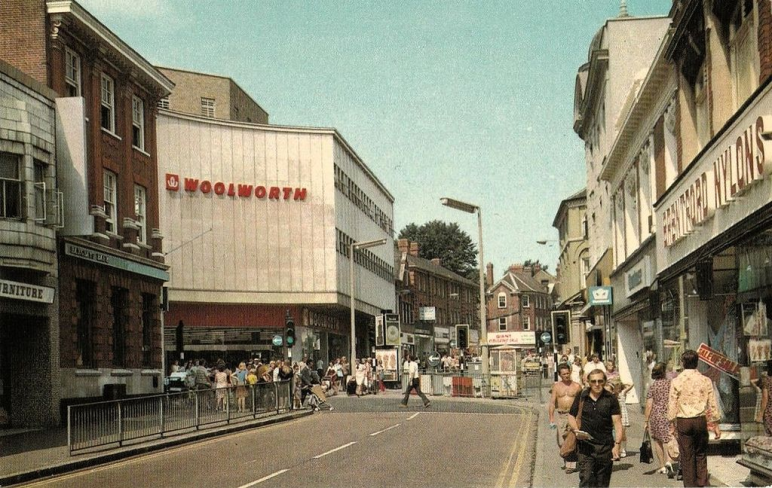 Okay, this is going to be a misty-eyed throwback to When I First Got A Computer. Forgive me the indulgence.

I had wanted a home computer from the moment that having a computer at home became a viable aspiration. School had these clunky black boxes from Research Machines where I’d taken the first tentative steps into computing, but they were for schools and workplaces, not for geeky little kids from the local council estate.

Oh, I knew that it was a big ask – my parents weren’t rich, and this was a one-shot “what if I combine my birthday and Christmas presents” request, there was no way that I could expect to get a second chance at this, so it had to be right.

So, what to choose? By the time I’d persuaded my parents that I was serious about this, the first wave of machines (VIC-20, ZX-80/81) had already been and gone and there was a new wave of ‘proper’ computers just arriving, with a whole slew of terrible machines not far behind.

I would spend my Saturday mornings walking down Watford High Street dipping in and out of Boots, WHS, Dixons etc and comparing my options.

The BBC and, to a slightly lesser extent, the C64 were the posh kids’ choices. Keyboards that you could actually type on, serious computers. But there was no way that I could stretch my parent’s budget (“About £100 Chris”) to get anywhere near them.

Atari was the real connoisseur’s choice of course, but the 400 and 800 were getting on a bit by then.

And then there was the Sinclair ZX Spectrum.

It was cheap, or at least affordable – £125 for the 16K model. Not too far away from my budget. Nothing that a bit of additional nagging wouldn’t solve. It was in COLOUR, although that didn’t really matter as I only had a black and white TV – not that it mattered. I wanted to play arcade games, and arcade games needed colours, even if they were only various shades of grey. You didn’t need to buy a special data recorder or a disk drive or expensive cartridges, I just needed a (relatively) cheap WH Smiths own brand tape recorder.

I didn’t need much convincing that this was the one, one of my cousin’s friends got one at launch and, lying on the floor, squinting at a tiny 5″ portable TV and playing Penetrator for the first time was enough. This was Scramble, just like in the arcades, I was immediately smitten.

I had to wait until that Christmas to actually get hold of my own computer, I filled the time with the Home Computer Club magazines and endless traipsing up to town to try out the ones in the shops. But, the pricing gods were smiling on me and the 48K model had dropped in price by then.

I bought it for the games, no question about it. But all those arcane instructions on the keyboard PRINT, POKE, LET were just begging to be experimented with, and soon all those tentative 10 PRINT “CHRIS RULES!” experiments started to blossom into actual programs, and here I am forty years later, programming computers for a living. A journey started by typing rubbish into a ZX Spectrum on the shop floor of Woolworths.

So, thank you Clive Sinclair, for making a computer that was affordable to working class idiots like me.